A 255-home subdivision is set to rise next year on 140 acres in northern Liberty Twp.

Development of the 139.8-acre property is scheduled to take place in phases, with first-phase construction expected to start next spring, according to Mike Schoettelkotte, administrator of Drees’ land development department.

“I think when you look at the price of the homes and the size of the homes, we’re not talking about something that’s cheap,” he said. “We’re talking about not inexpensive homes out there. We’re trying to hit a price point that is kind of the hot spot in the market with that.”

Homes will be available in 12 different designs with those on the larger lot size featuring side-entry garages, Schoettelkotte said.

“The homes that are designed, are designed to fit on smaller lots, because they’re not little homes,” he said. “They’re pretty substantial homes.”

The project will include a paved hike/bike path, shelters and a community recreation facility with pool, clubhouse and playground.

Trustees voted at their most recent meeting to change zoning for the site to residential planned unit development and approved preliminary plans, officially green-lighting development of the community.

Trustee Tom Farrell, who had initially lobbied for a 20-foot buffer, said he loves the development, but it was important to ask for extra because “when you set limits, people push them all the way to the max.”

“That kind of (proposed 12-foot) distance between homes puts homes on homes and there’s issues with neighbors’ trees growing over lot lines, things like that,” Farrell said. “The more space you put between neighbors, the more space you have in green space.” 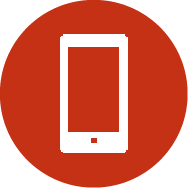 Have a short paragraph here about the community and what clients might want to know about the area. This would peak people's interest.